In July of 2017, two of our interns, Cameron Skinner and Julia Steele (pictured below), attended the 6th Annual Appalachian State Energy Summit in Boone, NC. The Office of Sustainability was able to send these students to this out of state conference, thanks to the Sustainability Fee Program. They each shared their thoughts and experiences from the conference below. 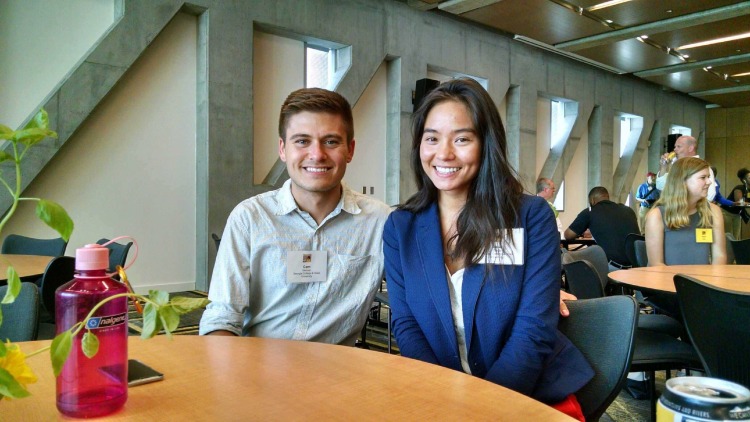 Cameron Skinner, a senior Environmental Science major and intern with the Office of Sustainability, shared his experience at this year’s conference.

This year Appalachian State University (App State), located in Boone, NC, hosted their 6th annual Energy Summit and welcomed students, academia and business leaders in order to share the latest news on renewable, clean energy sources. App State, which is home to approximately 18,000 students, has become a leader in sustainability over the years by implementing cleaner energy sources such as wind and solar; and the university also has a top-notch recycling and composting program which greatly reduces the amount of landfill waste. The university introduced the former head of the EPA under the Obama Administration, Gina McCarthy, as well as Majora Carter, who specializes in urban revitalization and sustainable development as keynote speakers for the event.

The summit began with a warming introduction from Appalachian State’s Director of Sustainability, Dr. Lee Ball, who stated that this year’s summit would focus on three key themes: “Perspective, Policy and Practice.” Incredible speaker after speaker stepped onto the App State stage to inform the audience on topics such as renewable energy, climate change, sustainable leadership and environmental policy. One of these outstanding guest speakers was Dr. Leith Sharp, who is the Director of Executive Education for Sustainability Leadership at Harvard University. She reinforced the importance of the emergence of a new leadership paradigm, and she also discussed the transition that Harvard underwent to go from environmentally unaware to a leader in sustainable efforts.

Panel discussions with students from universities in NC and Dr. Amory Lovins, a climate scientist at the Rocky Mountain Institute, continued to intrigue the crowd. Dr. Lovins explained that many state agencies, organizations and churches across the nation have agreed to meet guidelines set forth by the Paris Climate Agreement even though the U.S. withdrew its participation. He noted that the “We Are Still In” movement is a testament to the dedication of U.S. states for continuing progress under the agreement. He also spoke on the responsibility the millennial generation has to remediate the effects of long-term damage that has been done to the environment from the burning of fossil fuels as an energy source.

Julia Steele, a senior Environmental Science major and intern with the Office of Sustainability, reflects on her visit to this year’s conference.

Perhaps the two most prestigious individuals to appear at this year’s energy summit were the keynote speakers, Gina McCarthy and Majora Carter. Both of these women have proved to be extremely pivotal in environmental policy and activism. If you’ve never listened to McCarthy speak, you are in for a treat. Her speech captured the audience’s attention with her empowering, relatable and comical words. She reassured everyone that even though Washington D.C. has taken a step away from the remediation of climate change, progress shall continue. McCarthy ended her time on the App State stage with this quote: “Don’t waste a good worry on things you cannot control.” The other keynote speaker, Ms. Carter, has dedicated her career to fight for environmental and social justice. She has hosted a TEDtalk regarding green-collar job training and placement and has won a Peabody Award for her radio series titled “The Promised Land.” She founded and led Sustainable South Bronx from 2001 to 2008 when few were even talking about sustainability. Both speakers were given standing ovations at the end of their speeches by the Appalachian State audience for their enthusiasm and commitment to people and their right to a safe and healthy environment.

We returned with ideas filled to the brim after listening to many eloquent speakers. Now it is a matter of deciphering what ideas are plausible for a school less than a third of the size of Appalachian State University. To date, the Herty Hall rooftop is the only location that has solar panels which supplies a percentage of the building’s energy and this project has been our “foot in the door” for future implementation of renewable energy alternatives. To continue progressing sustainably, educating students, faculty, and staff is a crucial component.

Education can be quite challenging if the information does not apply to a person’s area of interest. Nonetheless, a key point that was emphasized during the summit was to consider the perspective of whomever you are educating. The beauty of sustainability is it can be woven into sectors of business, politics, finance, and science; the educator just has to speak the other person’s language. Head of EPA, Gina McCarthy, reiterated that there was a large disconnect between scientists and the general population solely from the highly intellectual explanations that are used to communicate crises like climate change.  A business man or woman will rarely take the time to interpret a chart that provides the temperature and precipitation over a range of spatial and temporal scales. However, if one were to provide numerical evidence that a product, like LED light bulbs, could save his or her business money and time, it is possible that more businesses would be on board with this initiative. To apply this concept on campus, sustainability advocates need to first perform individual research not only on the science behind being sustainable, including examining the business and economic impacts. Once students, faculty, and staff from different disciplines begin to communicate with one another on a level that each person understands, ideas begin to flow and progress is made. All universities, despite the differences in population size, are hubs for energy-consumption; therefore, there is ample opportunity to execute sustainable initiatives once bridges are built between departments and strides are made to fulfill the idea of a liberal arts university. 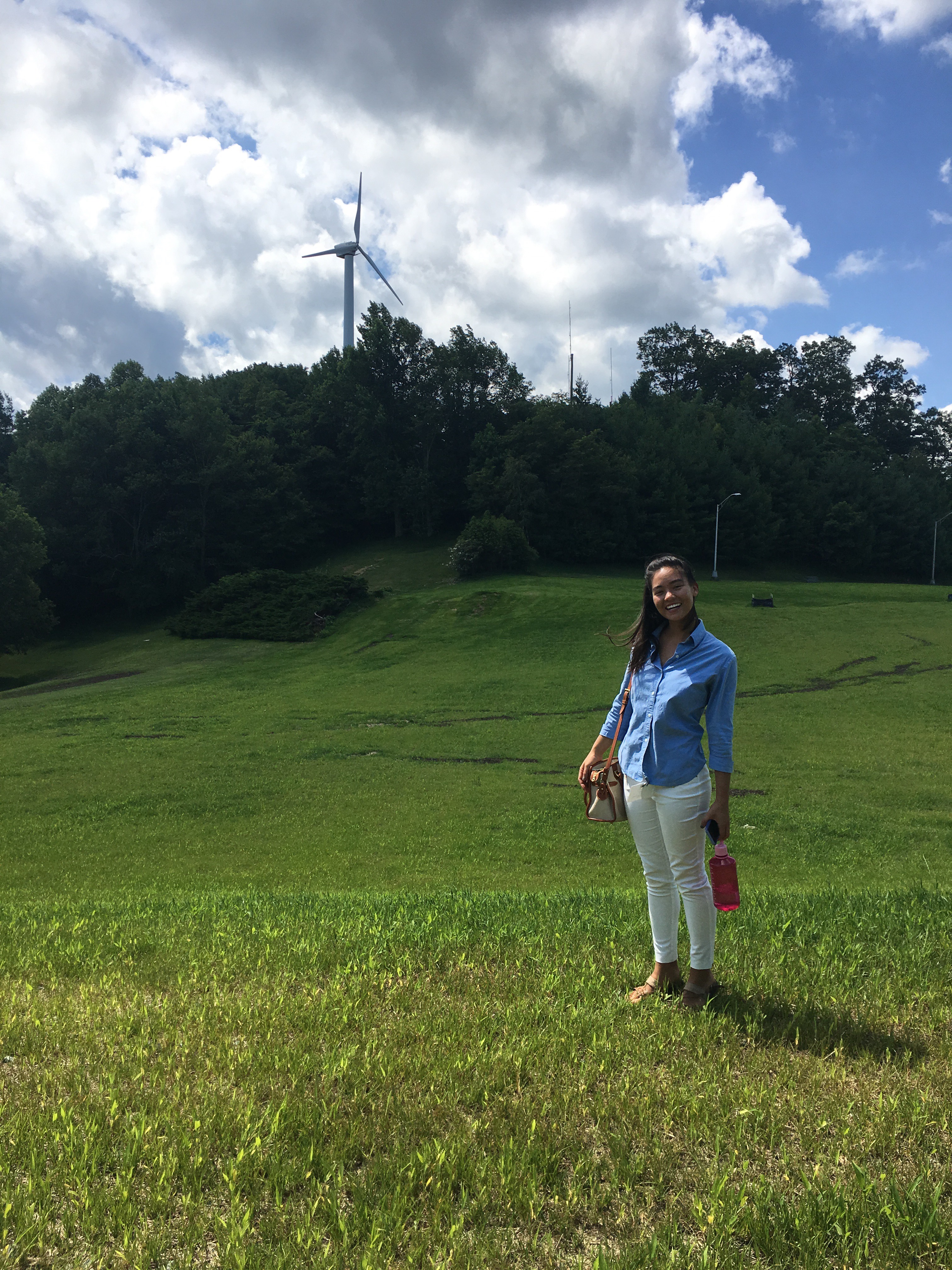