Colin A. Maldonado graduated from Georgia College in 2013, with a major in environmental science and a minor in geology. While on campus, he was very active, having served as President of the Environmental Science Club, as a leader at the GC Wellness and Recreation Center climbing wall, and as a member of the Bike Polo team. In addition, during his senior year, he developed the GC Bike Plan, which included designs for bike paths and a bike share program. Tragically, he passed away from infection while living and learning about sustainability at a spiritual center in Costa Rica in 2014. To honor his determination, faith, optimism and kindness, the GC Environmental Science Club and Sustainability Council created the Maldonado Environmental Hero Award that same year.

Thank you, Emma and Andrew, for your commitment to helping make Georgia College a more sustainable campus; congratulations on this well-deserved award; and best wishes for a bright and successful future. 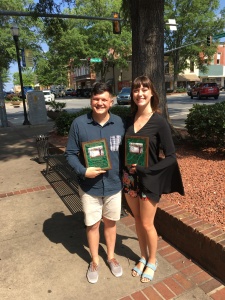 Fig. 1. Andrew Wright and Emma Brodzik, in downtown Milledgeville, after being presented with the Maldonado Environmental Hero Award.